The DSG-1 is a sniper rifle featured in the Crysis series.

KPA
The DSG1 Precision Rifle is the KPA's sniper rifle.

CELL
The DSG-1 returns from the last game, but fires the .405 round. It is first available in "Lab Rat" from killing a C.E.L.L. soldier. It can kill most human targets in a single headshot or single body shots, and most Ceph with a single jelly shot or two body shots. 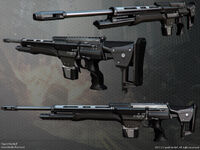 The DSG-1 from Crysis and Crysis Warhead

Customizing the DSG-1 from Crysis and Crysis Warhead

The DSG-1 with the ubiquitous sniper scope configuration 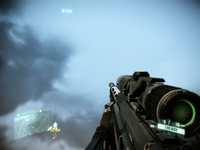 The DSG-1 as depicted in-game during Crysis 2 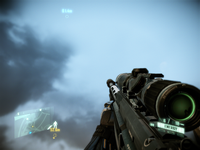 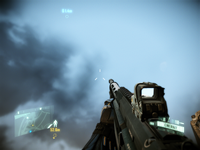 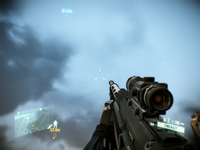