In at the Deep End

"In at the Deep End" is the first mission of Crysis 2.

Alcatraz, a member of the US Marines, awakes on board a submarine in the Hudson River heading towards New York City. The Marines start talking about their version of what exactly is happening on the ground, when the sub is suddenly struck by an unknown force. After struggling to escape the sinking vessel, the Marines finally swim to the surface. Suddenly, an alien gunship emerges from the water a few meters away and proceeds to kill all Marines within view. Before the Ceph Gunship can kill Alcatraz, a stranger wearing a Nanosuit appears and destroys it. Alcatraz then loses consciousness while the man tells him: "Destiny is a bitch. It'll be on you now, son."

See In at the Deep End/Transcript

See: In at the Deep End/Gallery 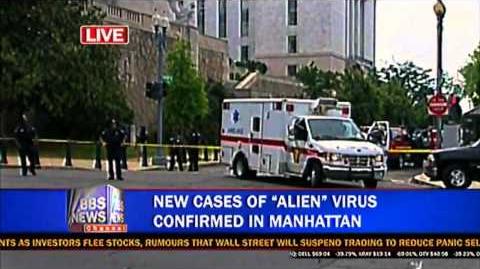