The Majestic is a revolver in Crysis 2. It carries up to 6 rounds per removable cylinder. It is the most powerful handgun and one of the most powerful single shot weapons in the game, even rivaling the DSG-1's stopping power.

The Majestic is more powerful than the Hammer. A weapon using magnum ammo utilizes not larger rounds, but longer cartridges, with more gunpowder packed in. Thus, the same bullet is powered by much more explosive force.

It has a slow rate of fire and small ammunition capacity, making it unfit for the needs of the military, but it is still utilized by some C.E.L.L. soldiers and Chino. It also makes enemies die in a similar fashion to the HMG (sending them flying back a few meters). Also, rarely, the bullet fired from the Majestic will go through the enemy and hit another.

Many players prefer the Hammer because of the faster rate of fire and the option of fitting it with a silencer, but this weapon can have a scope mounted on it, making it a good long range weapon if a sniper is not available.

The Hammer's usually preferred in Multiplayer due to the "Spray and Pray" ability of its much larger magazine (12 with extended), but the Majestic can be a much better burst DPS weapon. The Majestic is capable of taking down enemy Nanosuits with only two shots under the right conditions, such as one headshot and one upper torso shot, or one shot on a cloaked enemy followed by an upper torso shot. The Majestic will never take more than 4 direct hits to kill an enemy, and incorporates the 15% armor piercing skill of the Hammer and Grendel. Lack of attachments and a small magazine size can be problematic if the player is facing more than two enemies at the same time, and so should be used with caution. However, this is a good long-range weapon if the player is equipped with a shotgun or other close-range weapons. 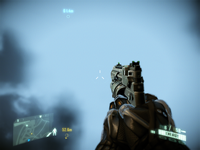 The Majestic in Crysis 2 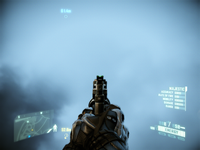 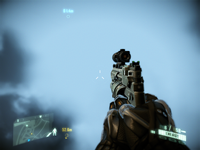