"Masks Off" is the seventeenth mission of Crysis 2.

Alcatraz is strapped to a table, where Jacob Hargreave, over a television link, informs his staff to cut him out of the nanosuit. Alcatraz has another Prophet flashback, where he sees that Prophet was sent to Lingshan Islands by Hargreave himself, and that Hargreave knew of the Ceph on the island and that they would presumably kill his squad, which led an enraged Prophet to stop working for him. The suit suddenly takes over and prevents the staff from cutting Alcatraz out.

Hargreave tells the staff to kill him, but Tara Strickland shoots them instead, and reveals herself to be a CIA mole. She explains that no one has ever seen Hargreave in person and that he has valuable information on fighting the Ceph, prompting Alcatraz to fight his way to Hargreave's ornate office. There, Hargreave, still communicating over a television, reveals that he has been alive for over a hundred years, having prolonged his life with technology from the Tunguska event, whereupon he decided to devote his life to destroying the Ceph.

Alcatraz finds his true withered body in a stasis pod, with the Hargreave on the monitor as a computer simulation that speaks for him. Hargreave tells Alcatraz to inject himself with the Tunguska Iteration, which will enhance the nanosuit's anti-alien capabilities and reveals the last of the Prophet flashbacks. The Ceph arrive at the Prism and Hargreave activates a self-destruct sequence as well as ordering surviving C.E.L.L. soldiers to assist Alcatraz in his escape. While crossing the Queensboro bridge, the Prism self-destructs, destroying the bridge and sending Alcatraz plummeting into the river. 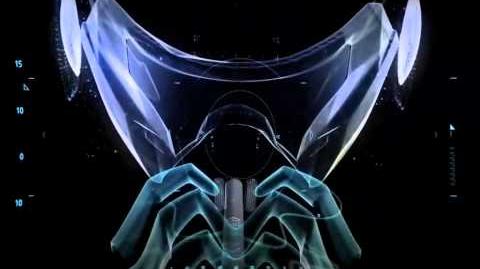 Masks Off
Opening Cinematic for "Masks Off"
Crysis 2 - Mission 16 Masks Off - Walkthrough
Walkthrough
Community content is available under CC-BY-SA unless otherwise noted.
Advertisement