"Power Out" is the fifteenth mission of Crysis 2.

Barclay calls for VTOL transports to airlift Alcatraz and the remaining civilians and marines out of Times Square, but the Ceph launch several waves of attacks that are successfully repelled. Eventually, a giant electrical surge causes Times Square and the surrounding areas to lose power as more Ceph attack.

As the VTOLs arrive, another spear erupts from the ground. Before it can release the spore, Hargreave tells Alcatraz to enter the spear, where his suit once again integrates with the structure, temporarily disabling the Nanosuit. When the spear releases the spore, rather than target humans, the spore kills the Ceph. After Alcatraz's suit reboots, he jumps into a waiting VTOL that flys away from a surviving Pinger. 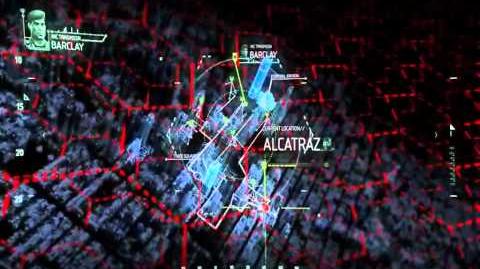 Power Out
Opening Cinematic for "Power Out"
Community content is available under CC-BY-SA unless otherwise noted.
Advertisement