"Road Rage" is the fourth mission of Crysis 2.

Alcatraz starts the mission in a basement of a building where Gould warns him about Commander Lockhart, the head of the C.E.L.L. forces and the one in charge of capturing him. Reaching a window near the exit of the building he discovers Lockhart arguing with a woman named Tara Strickland. Lockhart intends to use lethal force against Alcatraz, who is believed to be Prophet, while Strickland intends to take him alive in accordance with Hargreave's orders. After Lockhart cancels the argument the two fly off on a helicopter.

Alcatraz then fights his way to the FDR which is partially collapsed by a large oil tanker, allowing him to climb on. Travelling along the bridge, Alcatraz fights off numerous C.E.L.L. members and is told by Gould to acquire a vehicle for faster movement. Alcatraz reaches a checkpoint guarded by a C.E.L.L. ICV and has to acquire an ICV to progress. Gaining control of a vehicle Alcatraz fights his way along the road that has numerous roadblocks. Reaching the lab Alcatraz fights 2 C.E.L.L. ICV's and finally successfully reaches the Harbor Lights Pier. 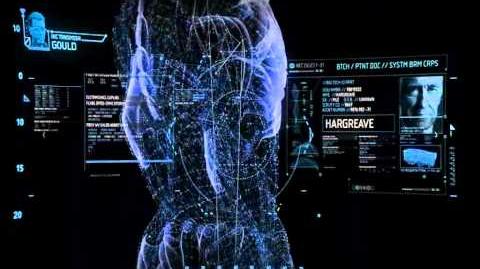