"Semper Fi or Die" is the tenth mission of Crysis 2.

Alcatraz awakens in the flooded streets of New York City, having been found by Chino, one of his marine friends, and his band of soldiers. The group is instructed by Hargreave to make their way to the Hargreave-Rasch building so Alcatraz can use their computers with his suit. As the soldiers fight the Ceph forces, they realize the city is being ripped apart from underground by a massive structure. They move to the lobby of a building, when a Ceph Gunship shoots and collapses rubble onto the entrance, splitting Chino from Alcatraz.

Alcatraz fights his way through a massive horde of Ceph Grunts, Stalkers, and Devastators, and finally reaches some U.S. Marines trying to secure the LZ for evac. After defeating waves of Ceph forces, Alcatraz meets Chino again and they proceed to go to Hargreave-Rasch Laboratories. The next level, Corporate Collapse, begins.

This mission is the only instance in Crysis 2 where the U.S Marines use their own Helicopter: The UH-60 Blackhawk, and is one of two missions in the Crysis series where the Marines use helicopters, the other being A Walk In The Park later on in the game, however they use the AH-50 Hellcat, the C.E.L.L helicopter, instead. 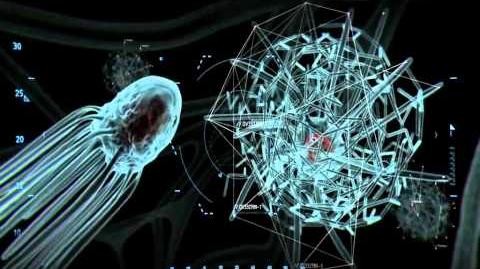