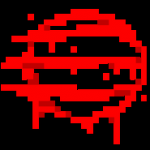 Hi, welcome to Crysis Wiki! Thanks for your edit to the USS Constitution page.

Probably none, I took a bunch of images off of Special:Newfiles then compressed them and mass re-uploaded. I didn't watch every image being compressed because there was 148 images getting compressed at once, I'll keep my eyes out in the future

Once i get pywikipediabot i can get le bawt to do it :D! -KATANAGOD

I suppose not, but if a bot's compressing images automatically It shouldn't be an issue. -kat

Retrieved from "https://crysis.fandom.com/wiki/User_talk:KATANAGOD?oldid=23419"
Community content is available under CC-BY-SA unless otherwise noted.